Life is good, ask the animals... 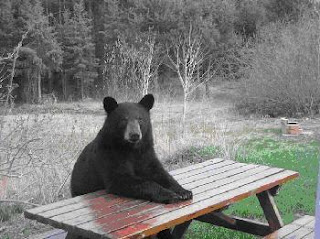 Animals that were formerly self-sufficient are now bonding together and showing signs of belonging to the Democratic Party... as they have apparently learned to just sit and wait for the government to step in and provide for their care and sustenance. This movement has become known as the “Democratic Animal “Gimmie” (give me) Support Group (DAGSP).

The attached photo captures the DAGSP leader, displaying trends that are beginning to affect wildlife all over the US. The leader of the movement has grown so dependent upon the Government in DC that it has become known as the Democrat Bear. Rumor has it, the “Dems” have considered changing their mascot from the ASS to the BEAR. The big quandary is whether or not to align the mascot with their cumulative personalities or economic policies.