The Truth About Our Condition and Who We Truly Are 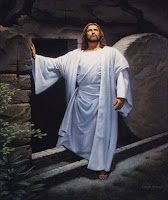 For those of you who proclaim to follow Christ and expect Him to answer all your hopes and dreams, to give you peace, joy and happiness, fix all your problems. And if that is all you believe about Jesus, you are doomed to hell. Until you surrender to the fact that you are a wretched person who breaks God’s laws, the Gospel is meaningless. You MUST repent of your sins and trust in Jesus Christ as your Lord and Savior! Understand that He is the one who paid the price for your sins so you wouldn’t have to.

“Jesus isn’t a genie. He’s the Savior.”
“This is not about self-fulfillment. This is about self-denial.”
“There is no ‘happily-ever-after’ in this world. But what is offered is eternal rescue from hell.”
“When [God] looks at the cross, He sees you. When He looks at you, He sees Christ.”
- John MacArthur


So He came to Nazareth, [that Nazareth] where He had been brought up, and He entered the synagogue, as was His custom on the Sabbath day. And He stood up to read.

And there was handed to Him [the roll of] the book of the prophet Isaiah. He opened (unrolled) the book and found the place where it was written,

The Spirit of the Lord [is] upon Me, because He has anointed Me [the Anointed One, the Messiah] to preach the good news (the Gospel) to the poor; He has sent Me to announce release to the captives and recovery of sight to the blind, to send forth as delivered those who are oppressed [who are downtrodden, bruised, crushed, and broken down by calamity],

To proclaim the accepted and acceptable year of the Lord [the day when salvation and the free favors of God profusely abound.

Then He rolled up the book and gave it back to the attendant and sat down; and the eyes of all in the synagogue were gazing [attentively] at Him.

And He began to speak to them: Today this Scripture has been fulfilled while you are present and hearing.

And all spoke well of Him and marveled at the words of grace that came forth from His mouth; and they said, Is not this Joseph's Son?

So He said to them, You will doubtless quote to Me this proverb: Physician, heal Yourself! What we have learned by hearsay that You did in Capernaum, do here also in Your [own] town.

Then He said, Solemnly I say to you, no prophet is acceptable and welcome in his [own] town (country).

But in truth I tell you, there were many widows in Israel in the days of Elijah, when the heavens were closed up for three years and six months, so that there came a great famine over all the land;

And there were many lepers in Israel in the time of Elisha the prophet, and yet not one of them was cleansed [by being healed]--but only Naaman the Syrian. [II Kings 5:1-14.]

When they heard these things, all the people in the synagogue were filled with rage.

And rising up, they pushed and drove Him out of the town, and [laying hold of Him] they led Him to the [projecting] upper part of the hill on which their town was built, that they might hurl Him headlong down [over the cliff].