Josh had to explain himself.... because too many people just didn't get it!

This is from our good friend Joshua P. Allem

I'm A Human Being

“It's been a rough week. We all witnessed the death of Neda, had to suffer through the apology of Mark Sanford and now we're grieving the loss of Michael Jackson. But what's worse is all the typical B.S. from all sides that follows in the blogosphere. I'm sick of it all.”


Find more videos like this on JPA Live TV


He has had quite a response. But apparently there are those who just didn’t get it. So, on Thursday, July 2nd, he had to post this:

"I'm A Human Being" Explained

“Apparently, I was misunderstood after publishing my last video. Either that, or my video hit the nail on the head and some folks didn't like that. When I said, "instead of calling myself a conservative, I'm going to start calling myself a human being with conservative and Christian ideals", what did I mean by that? If nothing else, it means I certainly don't wanna be that guy in the picture down below.” 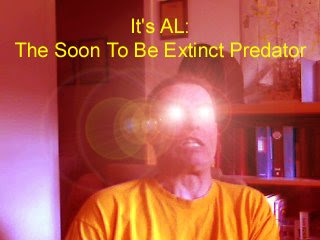