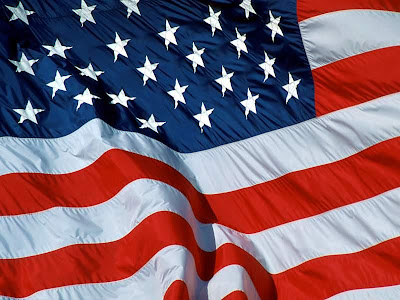 On this day Thursday, July 4th 2013, our nation, The United States of America, is 237 years old. We have survived so many things that have destroyed so many other nations throughout history. We have even survived horrid and wretched things that we wrought on this nation by our own hands and even by the mere ink of pens. The peoples that first sparked the flame that ignited this nation 140 years before America was born sought to be free from whatever oppression they experienced. And when oppressed, the nature of our forefathers in this land was to fight bravely with courageous conviction to bring a new level of freedom that would have to continually grow and be fought over through the years, even until today.

All of us take precious freedom for granted…. And we should NOT! The freedoms we say we enjoy have been paid for time and time again by words, deeds and even by the blood of the ones we love. Freedom has NEVER been free.

Freedom cost the lives of those who strived in agonizing steadfastness to start this nation.

Freedom cost the lives of those enslaved Americans who were integral to the birth and growth of this nation – even though it was against their free will and caused some to have permanent stripes on their backs.

Freedom cost the lives of those brave adventurers who sought to grow this nation’s territory.

Freedom cost the lives of those who gave up all to keep other nations around this world free.

Freedom cost the dignity of those who have been downtrodden because of the color of their skin or the shape of their eyes.

And now freedom is on the brink of going bankrupt because there are so many in our government who have either squandered it or seized it outright for their own agendas.

This nation has been, is and will be the greatest nation this world has ever known. The “great experiment” that was born 237 years ago has long shown true success. By God’s grace, we have survived so very much, much more than other, longer-lived nations could. And that is what gives me hope. Not hope to change everything at the expense of the fruition of our greatest strides or even our tremendous struggles. But hope to continue the great successes we have had, hope to venture into and conquer the unknown and hope that we can and will improve upon those things in which there is always room for improvement. But the freedom to achieve all of that will cost one way or another. What more will freedom cost us?

Before we can begin to answer that or even think of appreciating the freedoms we say we enjoy, we first have to gain an appreciation for freedom itself and from where freedom originates.

Our Founding Fathers did indeed know and understand the truth and origin of freedom.

“Rendering thanks to my Creator for my existence and station among His works, for my birth in a country enlightened by the Gospel and enjoying freedom…” – John Dickenson, Signer of the Constitution

“Unto Him who is the author and giver of all good, I render sincere and humble thanks for His manifold and unmerited blessings,” – John Jay, 1st Chief Justice of SCOTUS

““We hold these truths to be self-evident: – that all men are created equal; that they are endowed by their Creator with certain unalienable rights; that among these are life, liberty, and the pursuit of happiness”
“We, … the Representatives of the united States of America, in General Congress, Assembled, appealing to the Supreme Judge of the world …, do, in the Name, and by Authority of the good People of these Colonies, solemnly publish and declare, That these united Colonies are, and of Right ought to be Free and Independent States, … And for the support of this Declaration, with a firm reliance on the protection of Divine Providence, we mutually pledge to each other our Lives, our Fortunes, and our sacred Honor.” – The Declaration of Independence.

From the sermon on Liberty by Jacob Duche to Patrick Henry’s “Liberty or Death” speech, the source of freedom and liberty is proclaimed as God Almighty.

Even in the Constitution of the United States, in the context of those who wrote it and why, the phrase “…secure the Blessings of Liberty to ourselves and our Posterity…” gives direct acknowledgment to God Almighty as the provider of freedom.

The first amendment in the Constitution is specifically about the freedoms of certain entities not being controlled by Congress. Singularly, the freedom of religion is mentioned.

The debate over the “wall of separation” is not the important thing that it has been made out to be and is most often misunderstood and misrepresented. That is for another treatise at another time.

Since God is established as the author of liberty in whole, the freedom of religion is of His creation as well. By creating a government that would not interfere with the free practice of religion, the Founding Fathers gave ultimate credit and glory to God. Compared to every other religion in the world, which rely on the works of the follower to obtain salvation or advance to a higher existence, Christianity is a religion of freedom. Since Christ did it all by paying all, there is nothing that man can do to make himself a Christian. Man must accept his wretched depravity in sin and that Christ paid the price for that sin by dying on a cross. Christ broke the bonds of enslavement to deeds and indulgences so that mankind could be free to follow Him!

Our Founding Fathers knew that by letting religion be a choice in how and what we worship, and that such choice could only be given by a Holy and Perfect God, then those who would follow God would do so with a solemn and true repentance, surrendering their lives to the Divine Will of the Judge of the Universe. That is a level of precious freedom that is so blindly taken for granted in this nation today.

There are so many poems, stories and songs written about our nation as a nation blessed by God. And whether you believe in God or not is irrelevant. God IS AND WILL ALWAYS BE the Divine Providence of anything having to do with America’s success or failure.

Yes, failure! God’s ultimate purpose for mankind and especially Christians is for HIM TO BE GLORIFIED. And if this nation falls further and further into the depths of things that dishonor God, then our failure by His hands through our immoral and unrighteous actions, words and thoughts will be that which glorifies Him.

I urge each and every one of you Christians to first reconcile yourself to surrendering to God so that He can be glorified through you. And then promulgate the things that have always made this country thrive in striving for the highest of ideals that have continually led to America’s greatness.

Jesus confirmed that the Greatest Commandment was to love God with all your heart, mind, soul and strength. By doing that, along with following the Golden Rule of loving your neighbor (your fellow human beings) as you love yourself, God will be Honored and Glorified. And when non-believers see that in you, it will be like a magnet for them to understand why you are doing what God commands – which is not to connect with God (Jesus already did that by His sacrifice on the cross) but rather to make Him known so that others may know Him.

For you non-Christians, please know that it is a commandment for Christians to witness the Good News of Jesus Christ to you (we do that because we care about you and your eternity), and it is part of the freedom of religion in which we enjoy that privilege. But do worship as the dictates of your faith instruct, or don’t worship at all. Just remember that your right to worship or not as you please is a freedom that can only be given by a God who wants to be loved and glorified in freedom. Check to see if your faith allows for freedom of worship. If it does not, look into the one that does.

For freedom Christ has set us free; stand firm therefore, and do not submit again to a yoke of slavery. – Galatians 5:1

Live as people who are free, not using your freedom as a cover-up for evil, but living as servants of God. – 1 Peter 2:16

As we begin another year in the life of this great nation, take a moment to reflect on freedom, where it comes from, and why it is so important. And enjoy the following. The song, “Let Freedom Ring” is one that captivates the essence of true freedom and gives Honor to Liberty’s Author.

Happy Independence Day and May God Bless the United States of America!
Posted by Scott From South Cackalacky at 7/02/2009 09:32:00 PM