This is revised based on The List of 45: Something You Should Consider As You Choose Your Elected Officials by ~Snooper~ (From 1/9/08)

Thanks, Snooper! This one's for you!

This is still an important detail of information that people just aren’t taking seriously. WAKE UP AMERICA!

Years ago, a brave soul or two tried to bring to the attention of the American People that the Communist take over of America was well under way. They were chattered down and pretty much ignored through space and time. Much like today. Yet, we see every day or, at least which are tuned into reality, our political machinations stripping away at our freedoms time and time again.

"The American people will never knowingly adopt socialism. But, under the name of 'liberalism,' they will adopt every fragment of the socialist program, until one day America will be a socialist nation, without knowing how it happened." - Norman Thomas, U.S. Socialist Party presidential candidate 1940, 1944 and 1948


Below is a revisited “List of 45” with new links.

The communist goals were entered into the Congressional record by Albert Herlong, Jr. (a Floridian who served in Congress from 1949-69).

1) US acceptance of coexistence as the only alternative to atomic war.
2) US willingness to capitulate in preference to engaging in atomic war.
3) Develop the illusion that total disarmament by the US would be a demonstration of "moral strength." 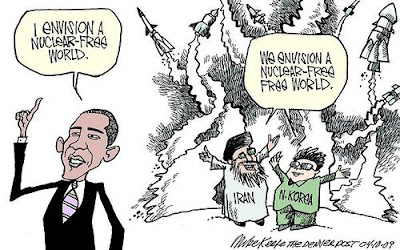 4) Permit free trade between all nations regardless of Communist affiliation and regardless of whether or not items could be used for war.

5) Extension of long term loans to Russia and Soviet Satellites.

6) Provide American aid to all nations regardless of Communist domination. (It’s called the United Nations) 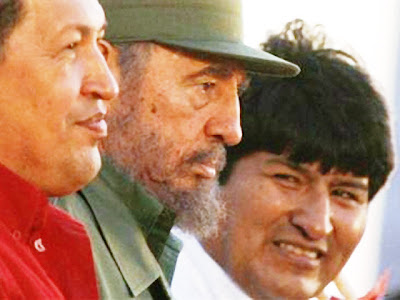 7) Grant recognition of Red China, and admission of Red China to the UN. On September 30, 2009, The Empire State Building celebrated that anniversary of Red China's 60th year by lighting the building with red and yellow light. 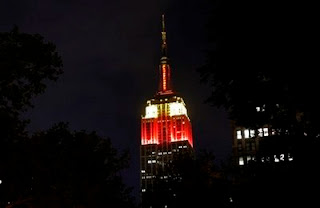 8) Set up East and West Germany as separate states in spite of Khrushchev's promise in 1955 to settle the Germany question by free elections under supervision of the UN.

9) Prolong the conferences to ban atomic tests because the US has agreed to suspend tests as long as negotiations are in progress. (A standard liberal practice)

10) Allow all Soviet Satellites individual representation in the UN. (Even though there is no USSR, the allowance is still happening in the UN today)

11) Promote the UN as the only hope for mankind. If its charter is rewritten, demand that it be set up as a one world government with its own independent armed forces. (The UN has been placed in an almost ideological ex post facto dictatorial role by so many nations)

12) Resist any attempt to outlaw the Communist Party. (Free Speech really answers this one.)

13) Do away with loyalty oaths. (It’s happening more and more)

14) Continue giving Russia access to the US Patent Office.

15) Capture one or both of the political parties in the US. (With one of Barack Obama’s former “Czars” is a known self professed Communist…”

16) Use technical decisions of the courts to weaken basic American institutions, by claiming their activities violate civil rights. (ACLU)

17) Get control of the schools. Use them as transmission belts for Socialism, and current Communist propaganda. Soften the curriculum. Get control of teachers associations. Put the party line in text books. (This happened because of a national education department)

18) Gain control of all student newspapers. (There are practically no unbiased or conservative papers at any major American college)

19) Use student riots to foment public protests against programs or organizations which are under Communist attack. (Bill Ayers comes to mind)

22) Continue discrediting American culture by degrading all form of artistic expression. (An American Communist cell was told to "eliminate all good sculpture from parks and buildings" and substitute shapeless, awkward, and meaningless forms.

24) Eliminate all laws governing obscenity by calling them "censorship" and a violation of free speech and free press. (Notice all the cursing getting by the censors on the main networks?)

25) Break down cultural standards of morality by promoting pornography, and obscenity in books, magazines, motion pictures, radio and TV.

26) Present homosexuality, degeneracy, and promiscuity as "normal, natural, and healthy."

27) Infiltrate the churches and replace revealed religion with "social" religion. Discredit the Bible and emphasize the need for intellectual maturity, which does not need a "religious crutch."

28) Eliminate prayer or any phase of religious expression in the schools on the grounds that it violates the principle of "separation of church and state."

29) Discredit the American Constitution by calling it inadequate, old fashioned, out of step with modern needs, a hindrance to cooperation between nations on a worldwide basis.

30) Discredit the American founding fathers. Present them as selfish aristocrats who had no concern for the "common man".

31) Belittle all forms of American culture and discourage the teaching of American history on the ground that it was only a minor part of "the big picture": Give more emphasis to Russian history since the Communists took over.

32) Support any socialist movement to give centralized control over any part of the culture - - education, social agencies, welfare programs, mental health clinics, etc. (Look at the Federal Departments and Czars of the Executive Branch.)

33) Eliminate all laws or procedures, which interfere with the operation of the Communist apparatus.

34) Eliminate the House Committee on Un-American Activities. (Done in 1975)

35) Discredit and eventually dismantle the F.B.I. (or usurp the FBI’s administration as the liberals have done. Also look at Nancy Pelosi’s controversy with statements about the C.I.A., she probably feels the same way about the F.B.I.) 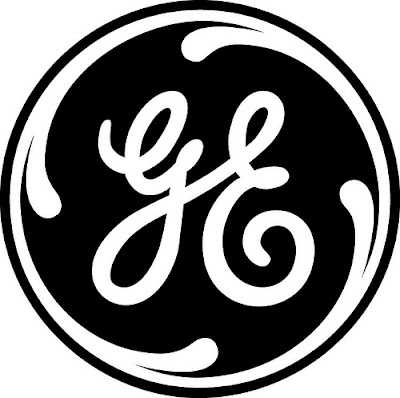 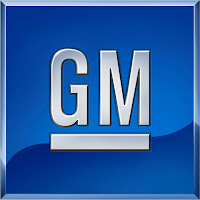 38) Transfer some of the powers of arrest from the police to social agencies. Treat all behavioral problems as psychiatric disorders which no one but psychiatrists can understand or treat.

39) Dominate the psychiatric profession and use mental health laws as a means of gaining coercive control over those who oppose Communist goals.

40) Discredit the family as an institution. Encourage promiscuity and easy divorce. (With the teen pregnancy rate up and people wanting to marry anyone and anything… and be able to divorce as easily as a breath…)

42) Create the impression that violence and insurrection are legitimate aspects of the American tradition; that students and special interest groups should rise up and make a "united force" to solve economic, political, or social problems. (Student protests starting getting violent in the 60s)

43) Overthrow all colonial governments before native populations are ready for self-government. (look at the socialist regimes in third world countries)

44) Internationalize the Panama Canal. (Carter completed that in 1977)

The goals that he read were taken from "The Naked Communist" by Cleon Skousen, which can be purchased from AMAZON.COM.


Listed below are 10 key "laws" which have become part of the every day life of the American populace. "The American people have truly been 'buried in Communism'" and they do not even know it or not aware of it. Not one "main stream" political party is to blame. Both Democrat and Republican parties are to blame with the majority of socialistic yearning members being in the DNC and a great number in the GOP...we call them RINOs and I now dub the socialist Democrats DINOs.

Each of the Ten Planks is noted below with annotations of laws passed in the US Legislative Processes. Be afraid and wake up.

1. Abolition of private property and the application of all rent to public purpose.
The 14th Amendment of the U.S. Constitution (1868), and various zoning, school & property taxes. Also the Bureau of Land Management.

2. A heavy progressive or graduated income tax.
Misapplication of the 16th Amendment of the U.S. Constitution, 1913, The Social Security Act of 1936.; Joint House Resolution 192 of 1933; and various State "income" taxes. We call it "paying your fair share".

3. Abolition of all rights of inheritance.
We call it Federal & State estate Tax (1916); or reformed Probate Laws, and limited inheritance via arbitrary inheritance tax statutes.

4. Confiscation of the property of all emigrants and rebels.
We call in government seizures, tax liens, Public "law" 99-570 (1986); Executive Order 11490, sections 1205, 2002 which gives private land to the Department of Urban Development; the imprisonment of "terrorists" and those who speak out or write against the "government" (1997 Crime/Terrorist Bill); or the IRS confiscation of property without due process.

7. Extension of factories and instruments of production owned by the State, the bringing into cultivation of waste lands, and the improvement of the soil generally in accordance with a common plan.
We call it corporate capacity, The Desert Entry Act and The Department of Agriculture. As well as the Department of Commerce and Labor, Department of Interior, the Evironmental Protection Agency, Bureau of Land Management, Bureau of Reclamation, Bureau of Mines, National Park Service, and the IRS control of business through corporate regulations.

8. Equal liability of all to labor. Establishment of Industrial armies, especially for agriculture.
We call it the Social Security Administration and The Department of Labor. The National debt and inflation caused by the communal bank has caused the need for a two "income" family. Woman in the workplace since the 1920's, the 19th amendment of the U.S. Constitution, the Civil Rights Act of 1964, assorted Socialist Unions, affirmative action, the Federal Public Works Program and of course Executive Order 11000.

9. Combination of agriculture with manufacturing industries; gradual abolition of the distinction between town and country by a more equable distribution of the population over the country. We call it the Planning Reorganization act of 1949 , zoning (Title 17 1910-1990) and Super Corporate Farms, as well as Executive orders 11647, 11731 (ten regions) and Public "law" 89-136.

10. Free education for all children in government schools. Abolition of children's factory labor in its present form. Combination of education with industrial production, etc. etc.
People are being taxed to support what we call 'public' schools, which train the young to work for the communal debt system. We also call it the Department of Education, the NEA and Outcome Based "Education".

Not only are we in a war; a Global War On Terror, we are in a war right here in the Continental United States.