In One Single Moment, Everything Can Change.

If you have audio capabilities and would like to hear some beautiful music while you read, press play 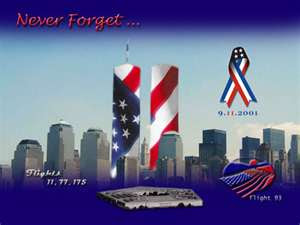 Today, this hour, this minute, this second, this particular moment, one single moment in time is so very precious and cannot be taken for granted. Why, because just like that it is gone. FOREVER!!!!!

In 2001, there was a sequence of events that happened over several very perishable moments. Those moments are gone forever and can never happen again. But what remains of that day, so profound, are memories…. And unfortunately for many Americans, memories are all they have of that day.

On Tuesday, September 11, 2001, the very core of what America stands for was brutally and viciously attacked. Thousands were murdered or left with the significant loss of someone they loved. There were no moments that came and went on that day that did NOT profoundly affect EVERY single American in one way or the other.

Those moments seemed to last a lifetime on that long September day.

But, by God’s grace, Americans showed us other moments as well.

Amazing as it seems, when struck, bloodied, and bruised; Americans showed the very best of what America is. We didn’t forget to show and do, with incredible guile those very things which we were being attacked for – individuals uniting to strive for the highest in what we do and who we are.

Moments. Tiny moments in time where our posterity was left with a profound inheritance! What Americans did on that day and on the days after 9/11, was to once again show those who will come after us, what it means to be an American. We get jabbed in the gut or even kidney punched from time to time, but we ALWAYS keep going with liberty and prosperity of heart as our goals.

And now we have reached another anniversary of that sobering fateful day.

And it truly seems like we have forgotten about those things for which we were attacked.

We are bickering amongst ourselves of ideological nonsense that has nothing to do with the liberty and prosperity of our nation.

Those souls who lost their lives and those who gave them eight years ago don’t have to worry about liberals, conservatives, radicals, terrorism, the economy, health care coverage, czars, jobs, AARP, Bill O’Reilly, Perez Hilton, Hugo Chaves, Kim Jung-Il, hurricanes, earthquakes, the NRA, the AFL-CIO, Scott Walker, Richard Trumka or so many things that seem to so readily and religiously occupy the current moments of our lives.

Those lost on 9/11 don’t have to worry about them because THEY ARE DEAD.

So why is it that we spend so much time focused on things that occupy mere moments in our lives? Yes, it is very important to stand by our convictions and principles when we deal with the aspects of life. Yet, consider this - What would the problems be to us if we didn’t have to worry about those things for the same reason the dead of 9/11 don’t have to?

Did any of you spend any moments at all today bickering with your spouse or family, worrying about bills and finances, complaining about the bonehead who just doesn’t get it at your job, getting annoyed at a truly insignificant thing, or even habitually complaining about the state of the nation or world?

Those moments you spent today are now gone forever. What difference did they make to you now? Tonight? Tomorrow? Next week? Next Month? Next Year?

September 11, 2001 showed us that EVERYTHING CAN CHANGE in one single moment. If you truly want to be able to make any moments count, then don’t be stupid by wasting the ones before you now.

Start today. Remember the ones you love and NEVER let a moment go by where there is a doubt about your love for them. 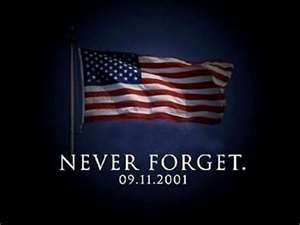